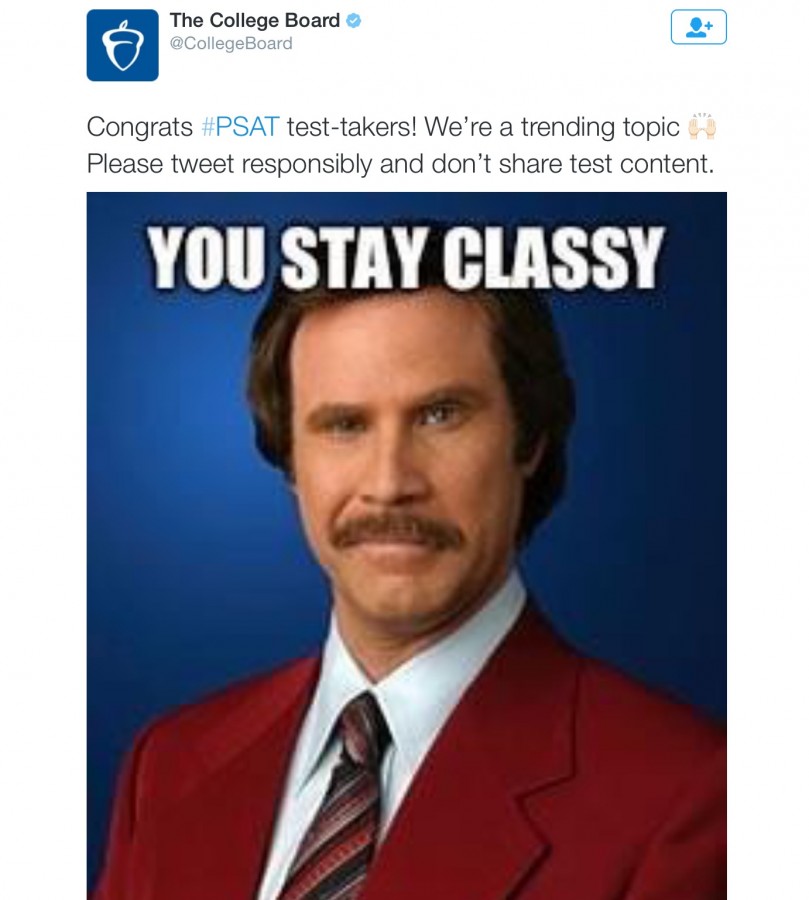 The PSAT and Why It’s Hilarious

When the college board introduced the PSAT in the early 90’s, did they think 20 years later that the content of the test would make #PSAT a trending topic on Twitter? Probably not. Obviously Twitter wasn’t even a thought back then, and the test was meant as a Preliminary SAT, as well as an opportunity for National Merit Scholarships. It was a test for kids to see what they will be facing when they take the real SAT or ACT.  Even today that’s the goal, but in this new age where teenagers have the power to express their thoughts and feelings over social media, the test is trending for the wrong reasons.

The way the PSAT is structured invites comedic misinterpretation. Certain passages have almost ridiculous plot lines and characters which can be made fun of with ease. Among the Twitter world, it is expected that jokes start rolling within hours of the test being completed, and the snowball starts from there. This communal roast of a standardized test is extremely interesting, and has turned the heads of researchers.

“It’s not a test students should be stressing themselves out about unduly,” explains Dan Edmonds of Forbes, “There’s plenty to stress about junior year, and this practice test need not add to the burden.”

This is why it’s unusual that social media explodes the day after the ACT because of a certain reading or math passage. The ACT or SAT is loads more important than the PSAT. It’s easy to make fun of something that was never cared about in the first place.

Another reason the #PSAT take over is significant is the community that forms through the hashtag. Over 17,775 tweets using #PSAT or #PSAT2015 were identified this past year. The amount of students connecting over a test is actually amazing. Only Sophomores and Juniors get the joke. Adults aren’t in on it, teachers, or brothers and sisters. High school students can finally enjoy a joke for a week out of the year that is special to their respective grades. I can personally say as a junior, I will miss being part of the joke next year as a senior.

Even in spite of the oath that a student must transcribe in cursive before the test is to begin, which states that test content must not be repeated once the test is completed, students create memes and make jokes all the same. It won’t stop, no matter how hard the college board tries.

The Spectator • Copyright 2022 • FLEX WordPress Theme by SNO • Log in