A country in disarray: How people have reacted to the 46th President Biden’s assumption to power 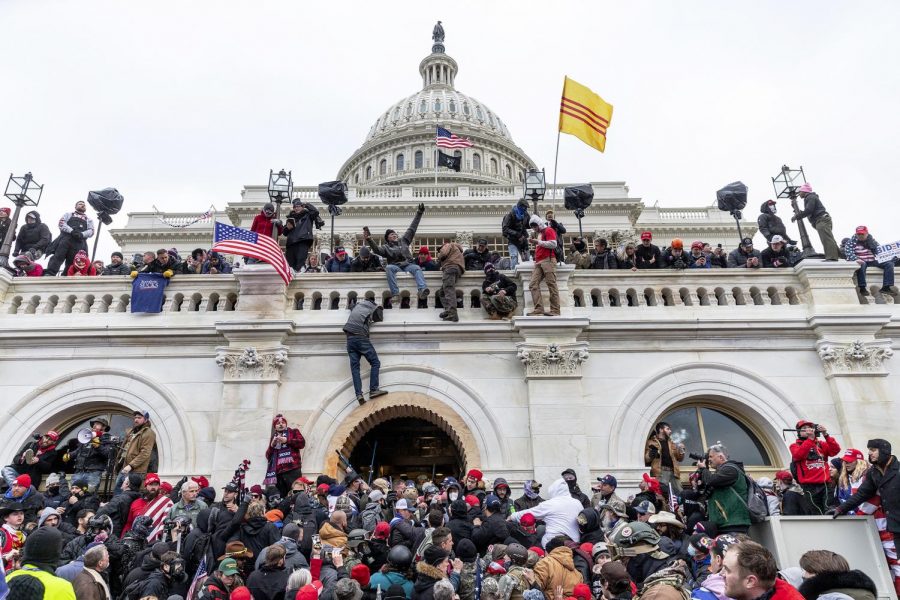 Pro-Trump rioters swarm the Capitol building, incited by the rhetoric of the former President.

Despite months of discourse and vitriol surrounding the 2020 Presidential election, on January 20th, 2021, Joseph R. Biden Jr. was sworn in as the 46th President of the United States. Throughout the last two months, however, the American tradition of a peaceful transition of power from one president to the next has been anything but that. Despite Biden calling for unity, baseless claims of election fraud, intense political division, and even an armed insurrection at the Capitol building, have marked this historic period in American history.

Directly following the presidential race being called in favor of Joe Biden, incumbent Donald Trump launched several lawsuits and election challenges, mainly in key states such as Georgia, Pennsylvania, Arizona, and Wisconsin, spearheaded by his personal lawyer and former mayor of New York City, Rudy Guilliani. These lawsuits and challenges were quickly found by the states to not be supported by any evidence, and were quickly dismissed. In Georgia and Wisconsin, where Biden won by very slim margins, Trump requested recounts, but those still came back in Biden’s favor.

With the Electoral College votes verified, they were sent to Congress for certification. Though congressional certification is mainly a ceremonial process that is unlikely to change the results of an election, things went very wrong very quickly. On January 6th, the day election certification was set to take place, then-President Trump held a rally on the national mall in front of thousands of his supporters, continuing to pedal his baseless claims of election fraud. Incited by the rhetoric of Trump and the other speakers at the event, the rally quickly became a mob that began to march towards the Capitol building. From there, the nation watched as thousands of Trump supporters, many armed, swarmed and breached the Capitol building, prompting evacuations of both the House and Senate. In the end, no members of Congress were harmed, but dozens of rioters and police officers ended up injured, and five people died, four rioters and one Capitol Police officer.

Nevertheless, the joint session of the Senate and House of Representatives reconvened later that evening and continued to work undeterred to certify the results of the election. Multiple Republican representatives and senators did still vote to object to the results of multiple states’ electoral votes. However, this opposition didn’t amount to much and the certification process was eventually completed.

Just two weeks after the building was swarmed by a violent mob, President Joe Biden was sworn in on the steps of the Capitol building. While the ceremony itself was full of memorable moments, the reality is that Biden still has a historical amount of work ahead of him. He’s inheriting a still-raging pandemic, an economic crisis, heightened racial tensions, and a historic level of political division. On his first day, Biden signed a large stack of executive orders, mainly rolling back policies pushed through by the Trump administration during the lame-duck period (the last two months in his presidency following his election loss). Over the few weeks, Biden has continued to roll back some of the more controversial policies of the Trump administration, inclduing the national emergency funding for southern border wall construction and the ban on transgender people serving in the military.

Overall, there is a lot of work ahead of the new administration as it heads into its first 100 days. Biden has some bold plans, including his efforts to vaccinate 150 million Americans for COVID-19 by April, but perhaps his most ambitious plan is uniting the country, which has become so incredibly divided over the last four years.