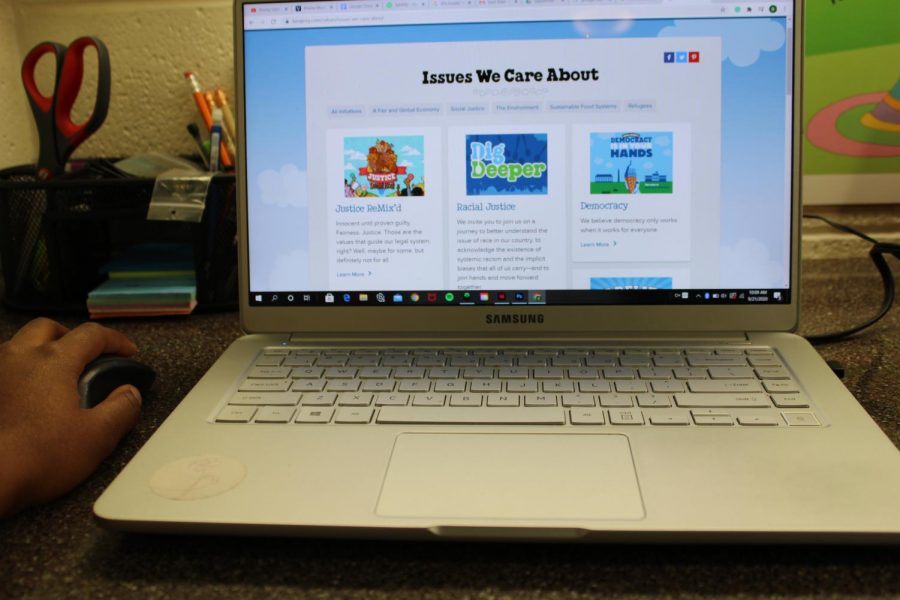 Brands such as Ben and Jerry’s have taken multiple stances on political issues.

In the politically aware environment that we currently live in, consumers aren’t afraid to use their economic power in protest, refusing to support companies that support different political or social issues. Companies have finally begun to take notice of the political and social responsibilities they have.

Companies have to be aware of the advertisements they put out and what they support behind the scenes. In many cases, if enough people find a company’s message offensive, they will get boycotted online and in-person.

Especially those in the younger generations have come to understand how much power is behind their money. People have taken to protesting with their spending or spreading information, which explains why companies shouldn’t be supported just for activism.

Despite this new uprise in the cancellation of certain companies and media outlets, some media outlets still have very conflicting political ideals. Many come out to support movements like the Black Lives Matter movement or the #Metoo movement; however, they don’t practice what they preach.

For example, the popular social media app TikTok admitted to censoring POC, poor, overweight, LGBTQ, and disabled creators. After noticeable discontent and multiple protests on the platform came the “blackouts. Blackouts were app-wide protests done by creators to showcase and empathize with the creativity and the necessity of supporting black creators. The people behind the app decided to promote diversity and hold different events to help with the inclusion of minorities into the app’s algorithm.

In addition, TikTok held a black creators summit where black content creators could network, and had have several speeches and created the #MakeBlackhistory campaign. They also held a series of week-long virtual events for Asian-American and Pacific-Islander months.

This is where the hypocrisy comes in. Some companies continue to do the things that lost them sales or caused controversy by not changing anything and merely cloaking the problem behind something else in order to get a better reputation without morphing the way they do business.

Some companies use social justice movements or political views to get more customer traffic and increase their sales. Big companies have been participating in brand activism, which is taking a stance on a social, political, or environmental issue that is consumer-driven because people expect the companies they support nowadays to impact society positively.

The only way to differentiate between real activism from companies and brand activism is from their actions and how they deal with intel issues. It’s the difference between a company simply changing their logo to a rainbow on social media or actively supporting their LGBTQ Workers or the community.

Even with the current Black Lives Matter Movement, many companies will voice their support and concern for the community; however, their actions will not match their words.

Let’s take the Tasty Test kitchen a part of BuzzFeed that creates recipes and tests out how to make certain food gourmet online; for example, they voiced their support for communities of color; however, they were mistreating and underpaying their workers of color. For instance, the NFL firing Colin Kaepernick for his peaceful protest of kneeling during the National Anthem; however, they put out a statement and now encourage or at least support the same behavior that got Kapernick fired. There’s a lot of things behind the scenes that are just now being uncovered with the level of support given to those who lost their job because of things like this in recent years.