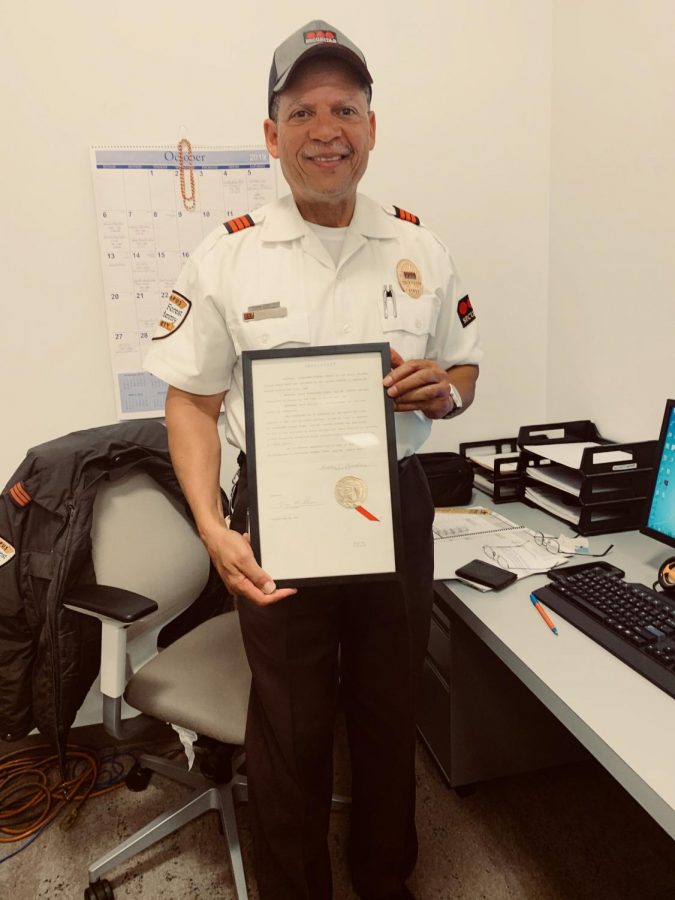 “It almost feels like I sleep here at times, but I love what I do. My job is to make sure the campus is safe and secure, and I’m gonna do that.”

These words resonate dedication. They resonate loyalty, honesty, and a genuine concern for others. In the most honorable manner, the speaker of those words resonates with the same qualities. Norman Sydnor, known to most as Norm, is head of Campus Safety here at Lake Forest Academy, and beyond that a man who truly lives a meaningful life.

Sydnor has had an extensive and impressive record of helping people and touching lives. Prior to his work at LFA, he was a counselor at a boys’ group home for the behaviorally challenged. He was also a police officer, where he worked as a narcotics agent, an evidence technician, and viewed autopsies. The extent of his noble efforts are clearly displayed in the Resolution that was awarded to him by the Mayor and the City Council of North Chicago after apprehending an armed threat, to which he referred humbly.

“I don’t know if I was being heroic or being stupid.”

While Sydnor has done amazing things for innumerous communities, he has done and continues to do some of the most important work in the LFA community as well– keeping everyone safe. He and the officers that work under him are the “eyes and ears of the campus overnight.” While everyone else is comfortably tucked away in their respective buildings, Campus Safety is maneuvering throughout the campus, making sure that no harm comes to any of us.

“They’re the ones that keep me motivated, keep me going” he said in reference to the students, faculty, staff, and families of LFA.

As much as Sydnor means to the LFA community, he describes the community holding a similar importance to him. He initially resisted his assignment as sight manager, as it is human to have reservations about change, but immediately fell in love with LFA upon coming here.

“One of the most important things I’ve learned is how precious life is, and how important trust is,” Sydnor said upon some reflection.

Through his work, his words, and his actions for the world, Norm has proven to be someone worth trusting and someone possessing some of the most admirable qualities.