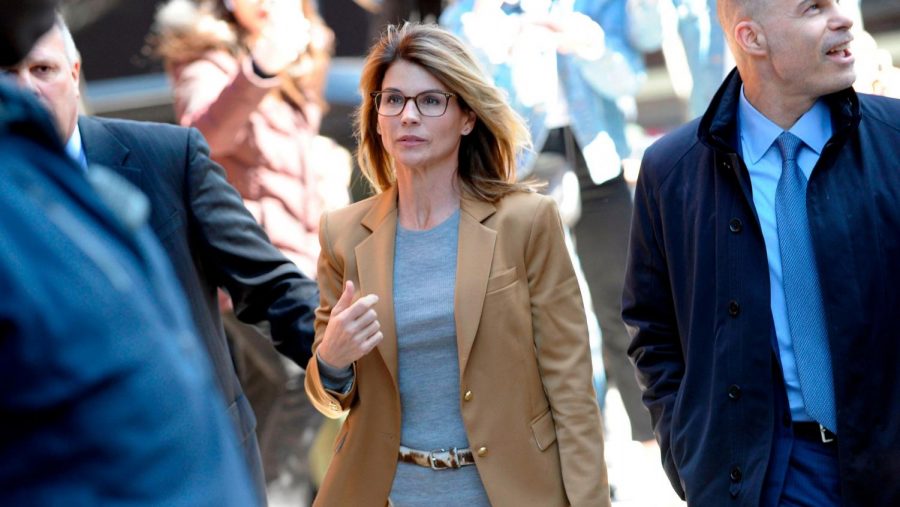 Photo Courtesy of channel3000.com Lori Loughlin leaving her trial after pleading not guilty.

It is well known that the process of actually getting admitted into a college can be very gruesome as all applicants are given January 1st, New Years Day, as their deadline. In this application process comes requirements such as standardized test scores, subject tests scores, and school reports. In order to master these tests with excelling scores, it takes tutors, but that was not the case for some families.

Recently actresses Lori Loughlin, Felicity Huffman, and up to 50 other people from wealthy backgrounds, are now being investigated for cheating in the college admissions in order to get their children admitted. To secure a spot for their children in these prestigious universities, they paid up to $100,000 to $6.5 million to the organizer of this cheating scandal and CEO of a college admissions prep company, The Key, William Rick Singer. Some of the universities that played a role in this scandal were Georgetown University, University of Southern California, Wake Forest University, Stanford, UCLA, Yale, and more.

Even Ben Wetherbeee, LFA’s Associate Dean of College Counseling, shared his thoughts on this scandal.

“The thing that did surprise me was the bribery scheme and the paying off with the college coaches, and that kind of manipulation that was taking place,” said Wetherbee.

To gain entrance to a college, specifically the athletic teams, families paid coaches for fake athletic credentials. While these applicants were not athletes, they would still arrange and stage pictures of them playing the sport, through the help of Singer. In addition to having their children admitted to the athletic programs, Singer had others take online high school classes for these students under the student’s name, and with the help of Mark Riddell, he would secretly take standardized tests for these students, while Singer bribed SAT/ACT administrators

“This stuff happens on a daily basis. There’s people in admissions who know some of the applicants…, but its not easily reportable. These are all just different forms of bribery,” stated UCLA medical student and YouTuber.

As of now these families are being charged for felony conspiracy, mail fraud, honest services mail fraud, and money laundering. All could possibly face a long sentence in prison. After paying $1 million bail, Loughlin has pled not guilty, while both Huffman and Singer have plead guilty.

LFA’s senior, Layne Eklund, even said her perspective of how these wealthy families were able to use their money for the benefit of their children’s admission to these elite universities.

“It goes to show that people with money think they have a superiority complex over people who work so hard to get where they are academically,” expressed Eklund.